As the country freezes in one of the coldest spells of weather for decades I have spent almost the last month moving from one location to another location in the hope of photographing Barn and Short-eared Owls in there habitats,and hopefully some close up shots.Over the last 7 days I have concentrated my efforts solely on alone male Barn Owl which has taken up residence over farm and marshland not to far from my home.I’d watch for hours on end some days and go home with nothing but the smile on my face as I’d laugh to myself knowing that dealing with wild animals is not always as predicable as you’d think.This laughter this week has also been tinted with sadness also as I’d watch a starving Barn Owl hunt over snow covered fields,making simple errors when diving for food,being mobbed by Rooks and Crows as they’d watch the Barn Owl do all the work and then rob him of his catch,knowing that all the energy the Owl had expended hunting was now in vain due to being mugged by the ever present,opportunist Crow family members.

I have had some really beautiful and close encounters this week with this Barn Owl as he hunted for the healthy population of voles this area has with the constant rustling vegetation I’d witnessed as these rodents woke up and starting going about their daily tasks, as I lay in what for the owl to show up.The saddest thing for me was just watching the Barn Owl frantically trying to locate and hunt for prey as the ground had a small blanket of snow covering it which was made ever worse by the weather and cold conditions these and many more animals are facing during this unprecedented spell of cold weather we are having.I can say though on the few times I witnessed the Barn Owl hunting he was very successful in catching his prey and out running the Rooks,Crows that tried to take his catch,a real struggle for life and survival on all sides though,and with more snow predicted I fear for every animal that lives outdoors. 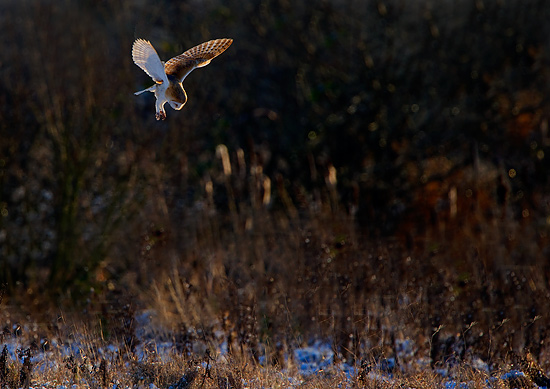 On one occasion the Barn Owl came almost alongside me and started to hover as he’d seen something below,I couldn’t believe my luck,the sun was starting to go down and here I was looking like a bush, listening to the wing beats of one of my favorite birds that has enchanted me from childhood,he allowed my a few images until he called time and disappeared-WOW! 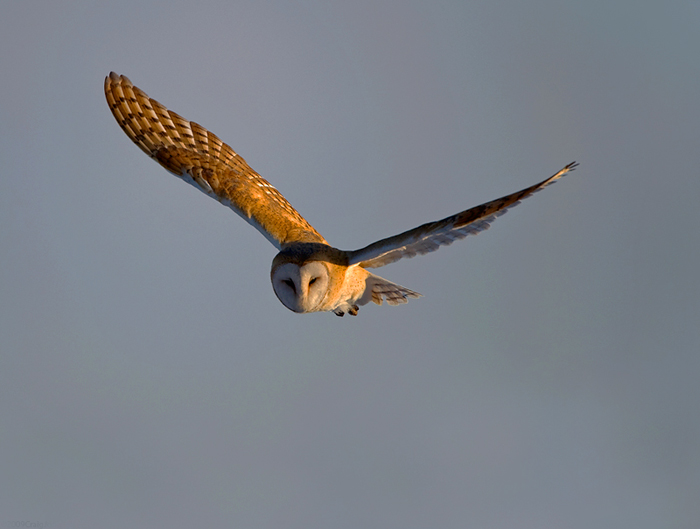 I managed to capture the moment he was flying off with what looked like streamers attached to him but they were pieces of long grass he’d picked up with the vole he’d caught the following two images show you this funny spectacle. 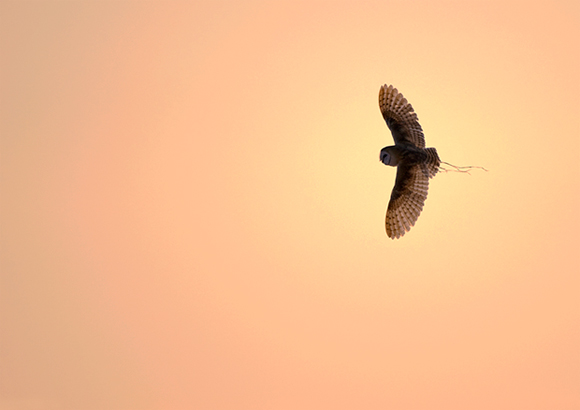 I am going back shortly once the forecasted snow has fallen to see this Barn Owl I’ve become quite fond of, hopefully he will have been able to survive the continuing cold spell which I do hope will break very soon to give everyone a break.  My aim is to continue  photographing this owl for as long as he lets me in this area. 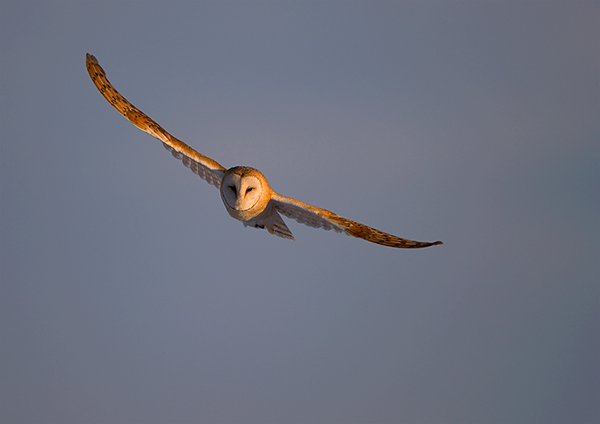 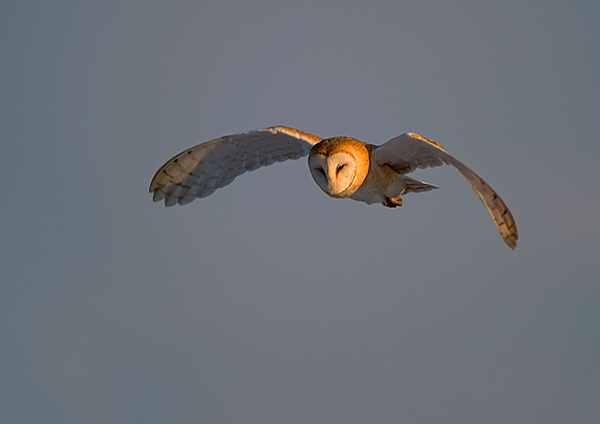