Hedgehogs are Britain’s most loved mammal, mention their name and it’s always met with lots of love. Sadly today they aren’t seen in the numbers that were around decades ago. But they still hold a firm place in the nation’s hearts. 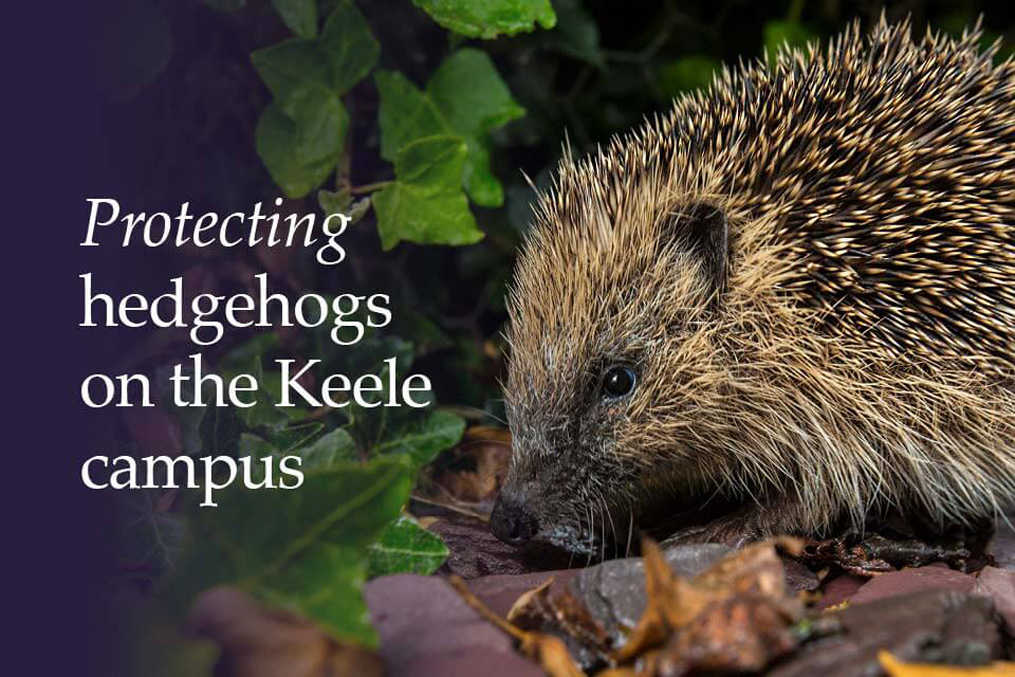 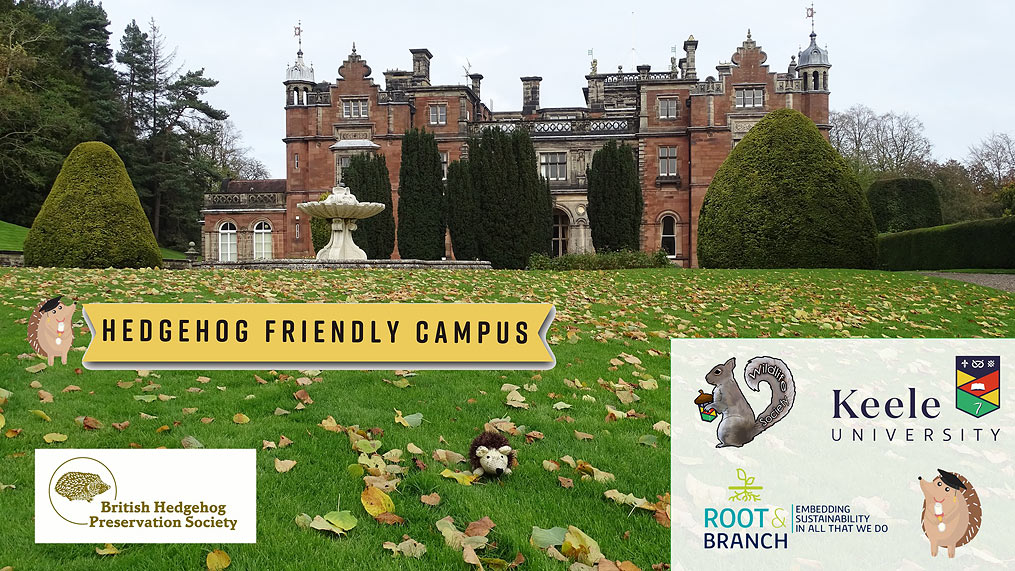 Recently on BBC Springwatch they covered these mammals and some of the work being done to keep them from going extinct and help us to understand them more. One such group helping Hedgehogs is Keele University headed up by Professor Dawn Scott, Kate Davis and lots of volunteers and helpers.

Their research is being carried out in collaboration with the Newcastle Hedgehog Rescue Centre. The research uses GPS tags to study behavioural patterns of both rehabilitated and wild hedgehogs to see how overwinter captivity affects the post release behaviours of rehabilitated hedgehogs compared to wild hedgehogs. The tagged animals will be re-caught humanely and have their tags removed after seven days.

I joined Kate at the end of their field season for this year, they had one male Hedgehog still out that was due to have its tag taken off. We met at an arranged meeting point and the search was then on to find this last remaining Hedgehog. I followed Kate as she carefully listened to the beeps on the tracking device. It took us to a housing estate where a lovely couple had told us of the Hedgehogs that visit their garden. The project depends on the goodwill of the locals that allow the team to enter their gardens, which was lovely to witness.

Not long afterwards the signal got stronger and I followed trying to capture this as we went. Finally we ended up in a really overgrown patch of land adjacent to a local school. The signal was strong in places and through Kate’s experience she located the device that had either fell off or was caught in the undergrowth as the Hedgehog walked away. Sadly though I never got chance to photograph this little fellow, the data on the tag though was the most important thing.

I wanted to share the experience and highlight this fascinating project with this blog post and these images that I hope helps the whole project. 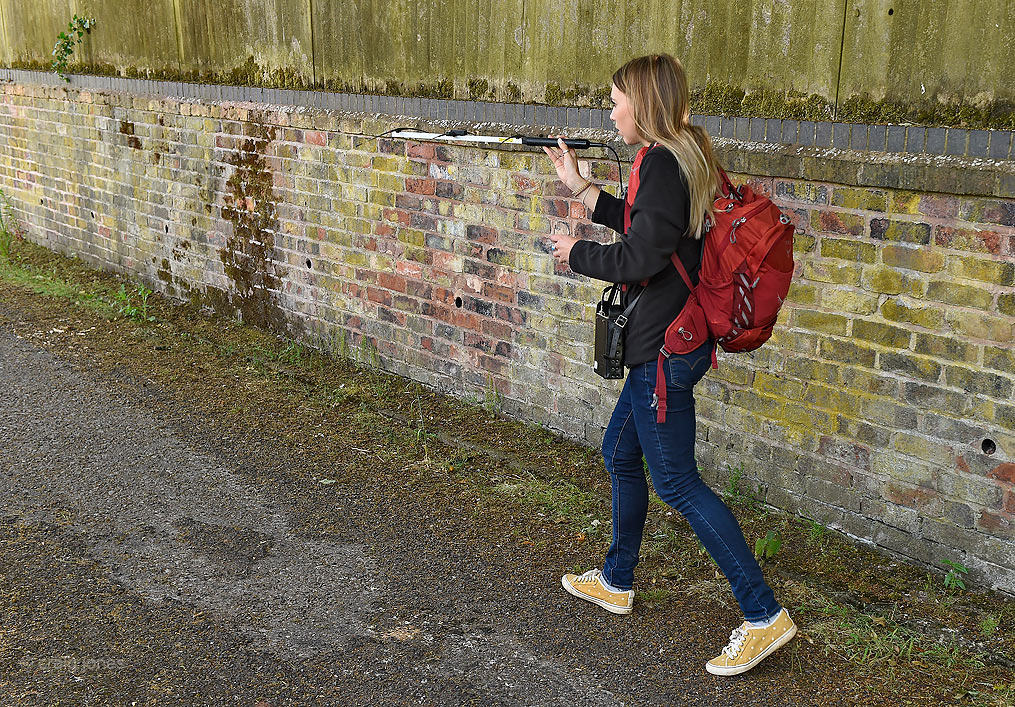 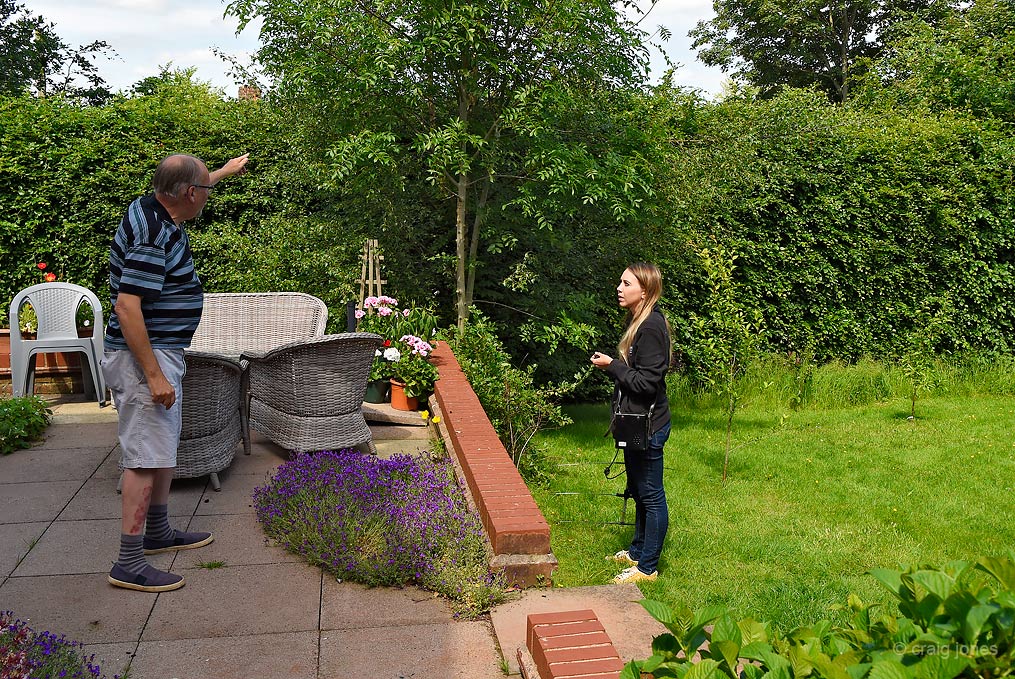 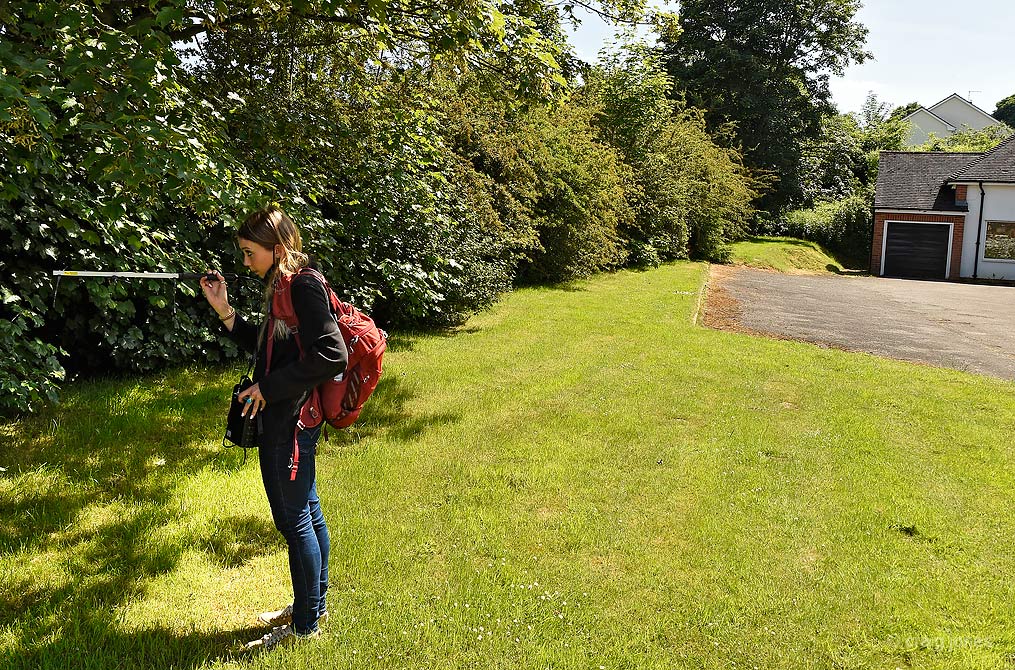 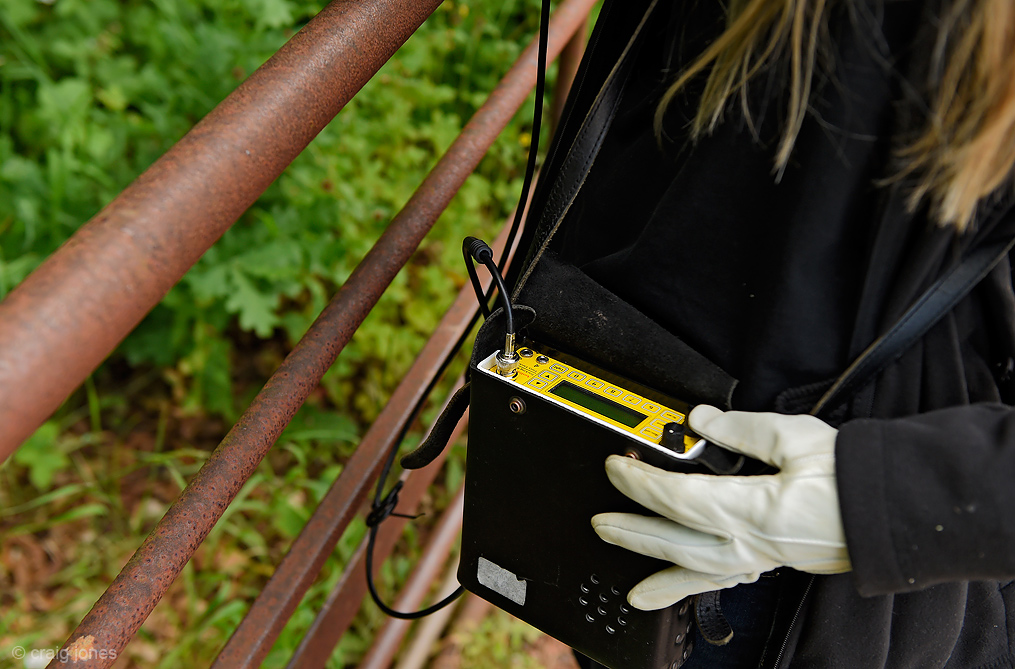 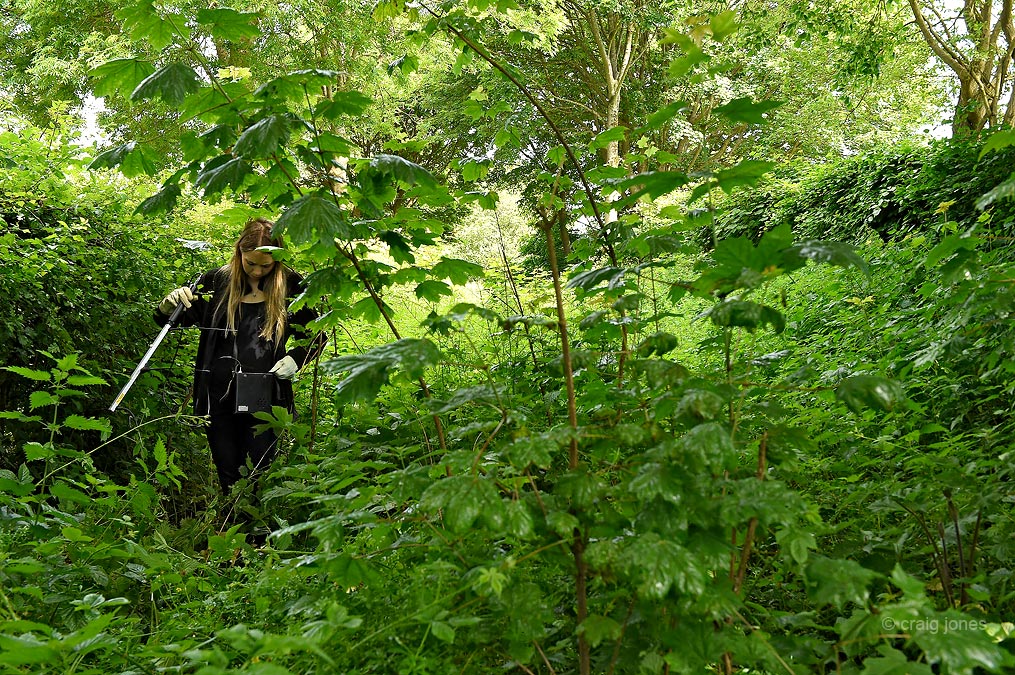 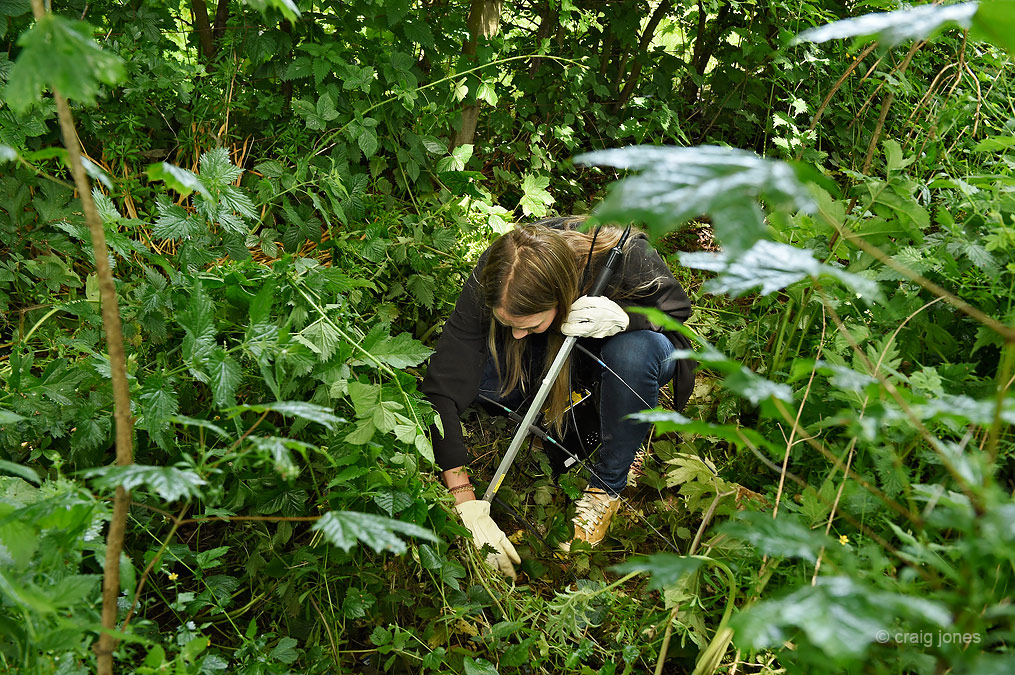 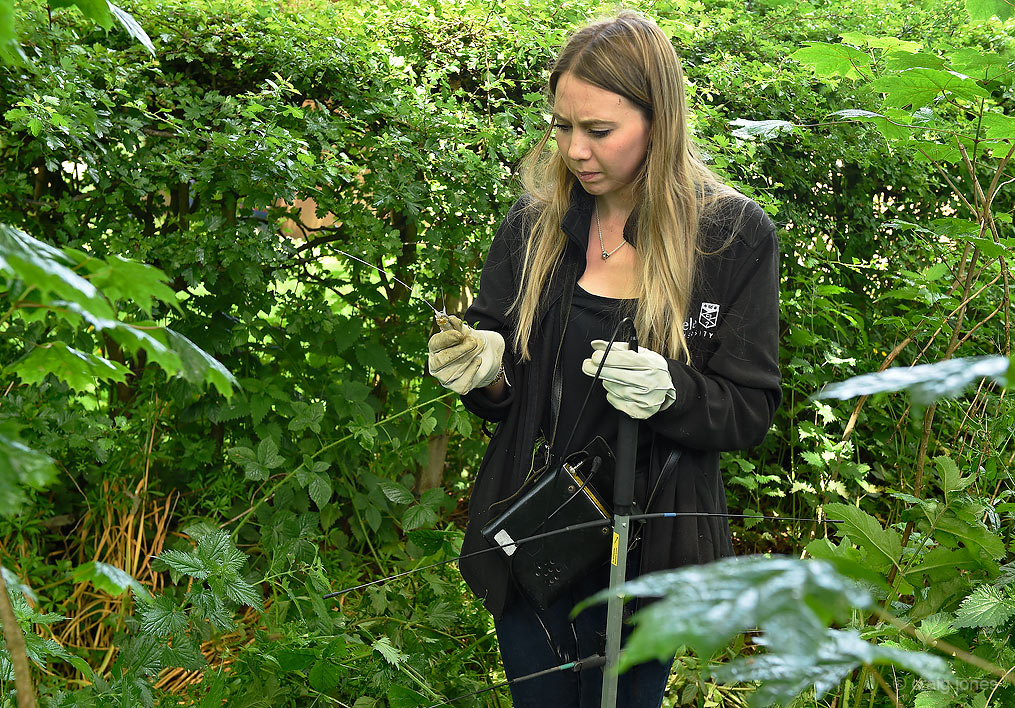 You can watch this episode on BBC Springwatch showing this project below, the item begins at around 33 minutes.

You can read more information on this incredible project led by Prof Dawn Scott below. In their own words they explain the importance of this work and why.

Despite the Covid-19 pandemic, Keele staff, students and residents continued their work to make the Keele campus a haven for hedgehogs. Throughout the year, a range of activities have been held to promote the conservation of hedgehogs at Keele including online talks, a virtual ‘Crafternoon’ run by KeeleSU, pre-lockdown litter picks on campus, and raising awareness of student research on small mammals on campus. More than 25 people from across the University have also registered as Hedgehog Champions with Hedgehog Street – a UK-based conservation initiative.

As part of this continued work, the University’s Grounds and Estates teams have included the conservation of hedgehogs and other wildlife in their policies, demonstrating Keele’s commitment to embedding sustainability in everything we do and allowing for the protection of hedgehogs for years to come.

New research led by Keele University will investigate how rehabilitated hedgehogs behave when released back into the wild, as featured on BBC Springwatch. Led by Professor Dawn Scott, Head of the School of Life Sciences and a renowned expert on UK wildlife, the research team will investigate how hedgehogs fare when they are released during the spring after being in rehabilitative care over the winter months.

Hedgehog populations across Europe have declined by 50% over the last 10 years in the countryside, and about 30% in urban areas. Researchers estimate that there could now be fewer than one million left in the UK. Hedgehogs are also the mammals which are most frequently admitted to wildlife rehabilitation centres in the UK, with numbers admitted appearing to be increasing despite the population decline.

Many hedgehogs are admitted to rehabilitation in the autumn, with a significant proportion kept in over winter due to health or weight concerns. The majority of those admitted are thought to be juveniles, and therefore have had less experience of living in the wild compared to adults.

The hibernation period in the UK typically lasts from November to April, after which rehabilitated hedgehogs are release back into the wild, ideally at the point where they have been found, but sometimes this is not possible and so a new suitable location needs to be found.

The findings from this study will therefore help conservationists to increase hedgehog survival and breeding success by helping them understand the optimal conditions for releasing rehabilitated animals.

Professor Scott said: “Wildlife rehabilitators spend a lot of time and money caring for hedgehogs and ensuring they are fit and healthy to return to the wild, but we don’t really know what happens to them after release and how they cope with being back in the wild. Can they find enough food and be able to forage naturally? Do they move around enough to be able to locate other hedgehogs and breed? Can they avoid predators?

“Some studies have shown post release survival is very low. For rehabilitated hedgehogs to have the best chance of being back in the wild, we need to understand how they behave after they are released, so that we can ensure they are both physically and behaviourally ready to return to the wild.”

It is hoped that the research will contribute to rehabilitation practices and help us to understand how we can maximise the chances of successful reintroduction to the wild. The research forms part of a wider study on wildlife rehabilitation currently being led by Professor Dawn Scott, an expert in Mammal Ecology and Conservation, and PhD student Kate Davies.

When I was a young boy I put out bread and milk into a china saucer. I’d then wait in my bedroom overlooking the lawn in my back garden in the hope a Hedgehog would visit. Once it started to get darker the excitement grew, would they turn up? I’d always ask myself. Then you’d hear a gentle noise as something was knocking into the china saucer, it was the Hedgehogs teeth eating the food I’d placed out.

I would shine a torchlight down from my bedroom window onto the Hedgehog to get a look at this beautiful mammal. In the still of the night air you could heard them sniffing around and slurping on the milk and bread combination. I can’t put into words the sense of joy and pleasure I had witnessing these treasured moments that I still remember fondly to this day.

Back then it was deemed safe to place out bread and milk, but now this isn’t the case and these items are dangerous and not recommended 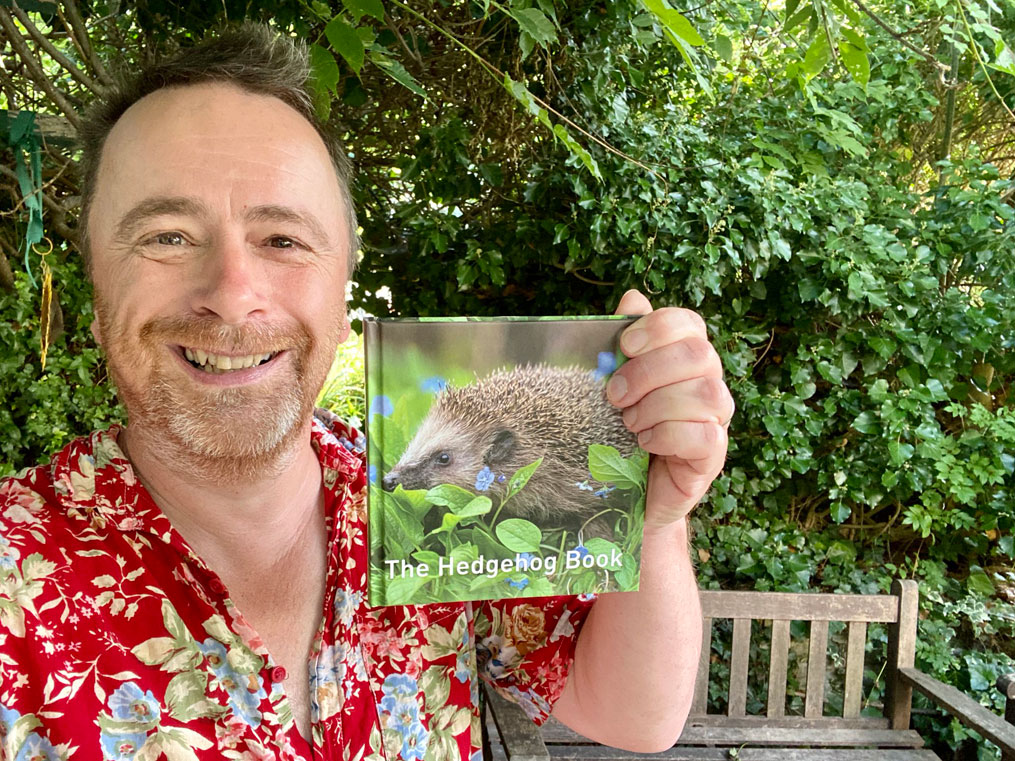 Over the years I’ve tried to help Hedgehogs the best I can by signing petitions, sharing posts from charities and trusts as well as from Hugh Warwick, better known as hedgehoghugh on Twitter. He has studied Hedgehogs for over thirty years. With his new book, and latest petition asking for housing developers to create hedgehog highways, by leaving a 13 cm hole in the bottom of a fence that allows hedgehogs to move freely between gardens to find food and a mate.

Wildlife can be very unpredictable as I know very well through my work, but witnessing this project was a win for me and I learnt a lot. It was brilliant to be given access to the work being done by Keele University to help these Hedgehogs. I really hope it helps and brings more awareness to the public of these most treasured and loved mammals. Good luck to Dawn, Kate and the whole team with your work and thank you for letting me join you.